All Collections
Imagery and layers
Versions of NDVI

Written by Matías Bassa
Updated over a week ago

The MSAVI2 vegetation index (Modified Soil Adjusted Vegetation Index) is used as a variant to extend the application limits of NDVI to areas with a high presence of bare soil. MSAVI2 is used in the areas where the indices such as NDVI or NDRE determined incomplete or erroneous data, mainly due to a small amount of vegetation or due to the lack of chlorophyll in it, for example in the phenological state of emergence. In this way, the index is used to minimize the influence of the soil background and to increase the dynamic range signaling vegetation.

The MSAVI2 is used in the initial stages of crop development, which it will allow us to observe the first seedlings that emerge. This index allows us to be more efficient in the use of fertilizers during the first stages, reducing the environmental impact and increase production significantly. 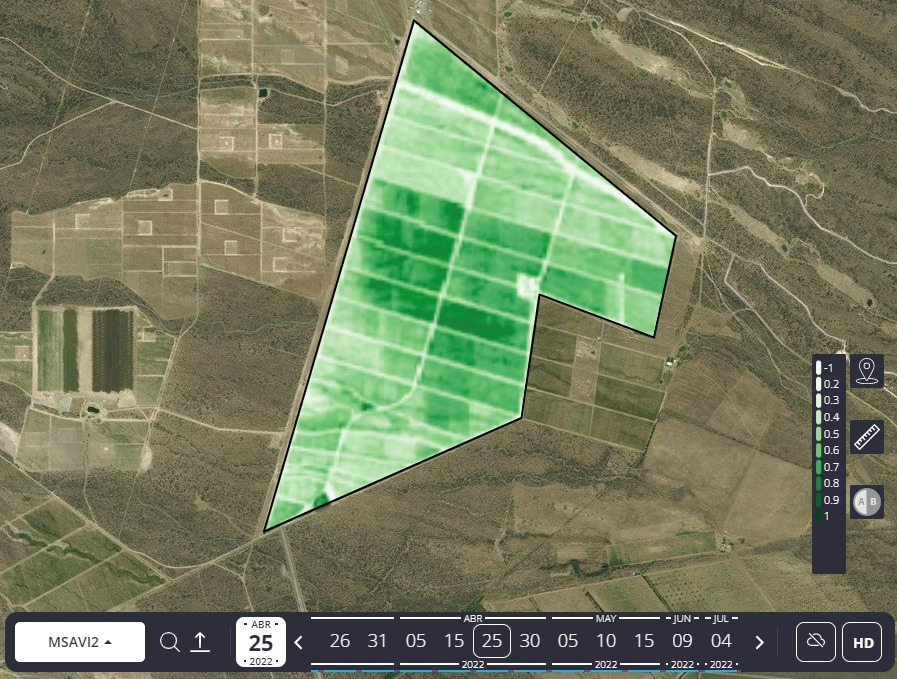 The NDRE index (in English, Red Edge Normalized Difference) is very similar to the NDVI but its main difference lies in a safer solution, since it can detect variations in the health of crops in their most advanced stages, the reason is that red edge light (used in NDRE) can penetrate leaves much deeper than red light (used in NDVI) where there is more intense canopy it is advisable to use NDRE because NDVI it saturates

This index detects changes in the content of chlorophyll, which is one of the main indicators of nitrogen inside the leaves.

The NDRE is used in the later stages of the crop, where we can generate nitrogen fertilization maps in the most affected areas. 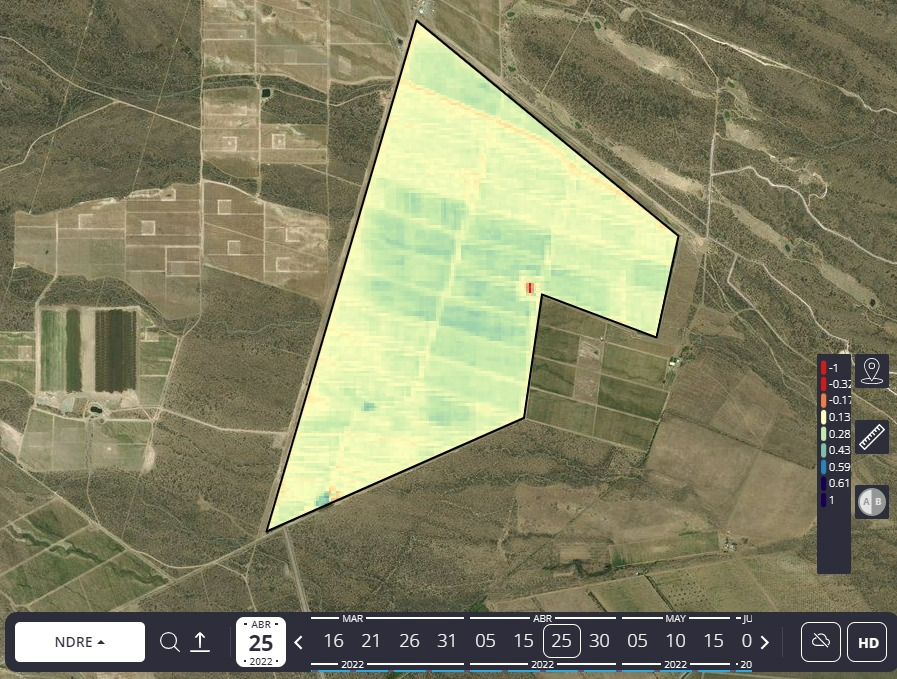 The NDWI index (in English, Normalized Differential Water Index) is used to observe the water status of the crop. This index uses green and near-infrared bands from satellite images. The NDWI can improve water information efficiently in most cases. It is sensitive to the accumulation of land and results in the overestimation of water bodies. NDWI products can be used in conjunction with NDVI change products to assess the context of areas of apparent change.

How is the NDWI used? 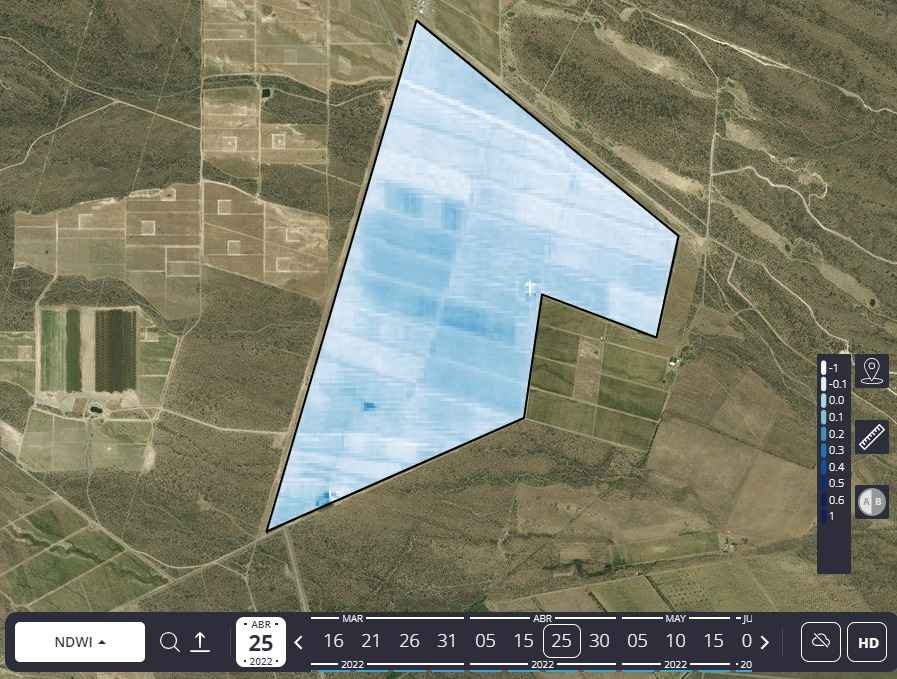 Login to Auravant
Did this answer your question?